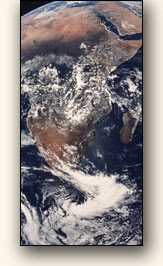 The Stanford Woods Institute for the Environment hosted a 5 Year Anniversary Symposium October 21, 2009.  Stanford President John Hennessy and the Speakers highlighted the major accomplishments of the Woods Institute during its first five years, along with a discussion on where environmental research should be headed in the future.

The Projects include:
1. Environmental Venture Projects (EVP) where participants receive two years of seed funding.  Thus far, there have been thirty-three EVP's around the world where one example included a reintroduction of endangered species. There has been participation in over ten countries, eighty-eight faculty from twenty-five departments working to develop solutions and influence policy, and fifty public and private partnerships around the world.  Hopefully after two years, the projects would be stable enough to get other funding to continue their work.
2. Strategic Initiatives addresses large environmental challenges, i.e. Natural Capital – value in ecosystem services, Program on Food Security and Environment, and Center for Ocean Solutions (Intergovernmental Panel on Climate Change (IPCC)-Like with over 44 scientists who have signed onto a scientific consensus statement and a virtual library with visitors from 95 nations)
3. Uncommon Dialogues brings researchers together with policy-makers, ie farm bill workshops in 2006 at Stanford and Washington DC to show how the farm bill could be organized around Ecosystem Services. The Bush Administration eventually published a paper and started a new center promoting Ecosystems Markets.
4. Affiliates Program is a partnership among member corporations and Stanford University. The program supports advanced research, policy study, outreach, and education across a broad range of issues at the intersection of energy and environmental science, technology, and policy. A major challenge of the 21st century is the well being of people today and in the future, with respect to water, food, energy, shelter and other resources.
5. Leadership Training includes:
a. Leopold Leadership Program brings together twenty leading academic scientists and trains them how to be more effective leaders. They are brought to Washington DC and are taught how to work more effectively with government, i.e. testifying etc. As a result, eight-five Fellows say they now engage more actively with policymakers and 100% engage more effectively with media.
b. First Nations Futures Program (New Zealand and Hawaii) employs strategies to better manage water and food systems and also informs Stanford's work on own research
c. Fisheries Leadership and Sustainability Forum provides fisheries training in science and economics and how might they better conserve ocean resources. Three fourths of participants have come back for other fisheries forums and are asking Stanford to do additional trainings for their councils and asking advice on how to solve problems.
New areas of focus include:
a. Freshwater initiatives
b. Sustainable Built Environment
c. Climate Vulnerability & Adaptation

Gretchen Daily discussed Natural Capital and bridging the massive gap between what goes on in world academia and the kinds of issues that confront people taking decisions in natural capital in lands. The goal is to mainstream natural capital into decisions via
1. Capturing new knowledge in very useful and practical tools
2. Inspiring models of success for implementation
3. Engaging leaders and replicating and scaling approaches.
The Tool is InVEST, i.e. How would river restoration affect agricultural revenues, flood risk etc. There is potential for this to be replicated on wider scale i.e. China.  Due to flooding in 1998,  millions of lives were lost. An overnight result was that the government banned logging in the upper Yangtze river basin. A future strategy is to implement policy via three major efforts: National, County, Household (water retention, soil retention, carbon storage, biodiversity)

Craig Criddle is an environmental engineer looking at ways to short-circuit the water cycle. The components of waste water include Water (99.9%) and Biodegradable organics and Nutrients. There is a value of wastewater called “scalping” with distributed treatment to utilize 99.9% water.  There is an option for a Stanford campus Recovery of water at $1/1000 gallons which would be a good goal (right now the cost is $4).
The challenge is to think of centralized water recovery facilities in a different way and recover energy and nutrients (Methane). Also, Nitrogen can be converted to N2 that generates energy.

Roz Naylor stated the challenge: how can we feed the world 6 billion now and 10 billion in the near future.
She stated: In 2009, aquaculture now supplies one-half of the food for food globally, and within the past 20 yrs, aquaculture has grown 5 fold due to depleted natural marine systems and population growth.
Environmental challenges include fishing down the food web from Tuna to Sardines and Anchovies and fishing up from Catfish to Salmon, farmed fish escapes, diseases, parasites, and pollution.
Three approaches she's doing is:
1. Convening groups of experts to address problems, papers, press, and policy
2. Survey research: China, Chile
3. Modeling work (farmed fish feces and ocean pollution)
The Strategy is to focus on major environmental and equity in intensive food production, be interdisciplinary and draw from outside Stanford as needed, use field-based knowledge, sound analytics, policy relevance (US – CA and Federal and International via Chile and China)

Jenna Davis is working in Tanzania matching infrastructure and behavior and working with 1,200 households.  She stated Diarrhea kills more children each year than aids, measles, and malaria combined and ninety percent of child diarrhea can be traced to bad hygiene, water, and  bad sanitation. Almost 1 billion people are without an improved water supply; 2.5 billion do not have basic sanitation.

Steve Sanderson mentioned the link with academic research to policy and practice trends; knowledge drives them. Need university to generate knowledge based on urgency (rather than curiosity) to conserve wildlife. Stanford can do heuristic modeling under dynamic circumstances addressing global climate change and emerging infectious diseases. What happens to animals and humans? We need to understand and frame demographics in strategies to protect them now and in the future.  The International community isn't working hard enough to stop deforestation and needs to go to high latitudes, address ecosystem risk, habitat risk, total system services. Look at tight interaction of wildebeast's vegetation they depend on and carbon lockup. Listen to people and be on the ground for the long term, i.e. gorillas.
The challenge to civil society is to rise up and demand a better environment; don't wait for government to do something.

Julie Packard - We have so much data, but we have such a long way to go to get humans to do something about it. What goes on to human psyche to promote action? Talk to your government representative. The awareness level of regular Americans about environmental issues is abysmal. Americans have more working knowledge of video games and sports than the environment. We all have a big job to do. Understand economic, environmental, and social aspect. Doing multi-discplinary work is important, but who is going to make this happen? We have climate data and solutions but no climate bill yet. There's a need to mobilize the public.  I'd like to see more social science research...what is UP with us? We need to take a long term view instead of a short term view so farmers can stay in business for multiple generations. The single biggest missing element for us is Conservation Psychology.

Steve McCormick spent 30 years of his career to preserve biological diversity. He's a big supporter of Gretchen Daily and her Natural Capital project. How do you mobilize the world?

More information on the Woods Institute work is here.
Posted by Mary Vincent